The term weathering refers to various corrosion phenomena resulting from the water-induced deterioration of glass. The rate and nature of the deterioration depends on the environment of the glass (temperature, pollutants, and moisture levels), as well as the composition of the glass and its manufacturing process. In general, potash glasses weather quicker than soda glasses due to the increased mobility of potassium ions within the network (Koob 2006). Effects of weathering are clearly recognizable in the context of archaeological glass, when surfaces have become iridescent, discolored, or chalky. However, it also known to affect medieval stained glass, and (to a certain extent) much newer glass objects (Heimann 2017, Cox et al. 1979).

Materials used in the conservation of stained glass.

In glass, a silica network is modified by an alkali source (to lower the melting point of the glass) as well as a stabilizer to reduce solubility (Koob 2006). When an object experiences prolonged exposure to moisture, weathering occurs. The alkalis are leached out of the silica network and replaced by hydrogen ions and water. This results in an alkali-deficient layer, also called a gel layer, among many other terms . Reactions involving leached alkali ions at the surface are possible. In the case of archaeological glass, exposure in soil may result in a laminar structure of alkali-depleted silica corrosion layers running parallel to the surface of the object (see Fig. 1). In certain instances, this corrosion crust can serve as a protective layer against further weathering. Theories for the laminar structure have been proposed, including cyclic environmental fluctuation as well as continuous sequences of network dissolution and precipitation of weathering products (van Giffen 2014, Roemich 2007, Bellendorf et al. 2010). Reactions involving leached alkali ions at the surface can occur if the object is exposed in an indoor or outdoor environment. Depending on pollutants present in the air, this results mainly in the formation of carbonates, sulfates, oxalates, or acetates. 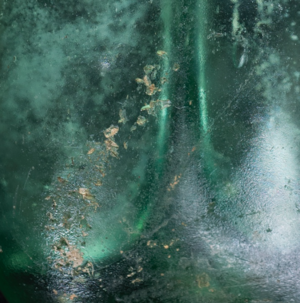 Fig. 2. Pitting on late Roman glass due to weathering processes.

The visual characteristics associated with weathering can be quite varied. It has been said that, "The term weathering is applied to any change for the worse on the surface...of glass that is caused, during the passage of time, by contact with outside influences..." (Davidson 1989). Generally, the term now describes chemical deterioration, which can be signaled by the following visual phenomena (among others):