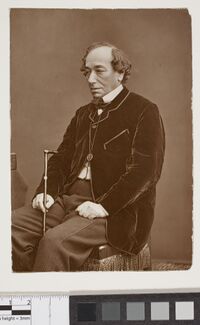 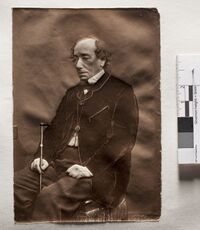 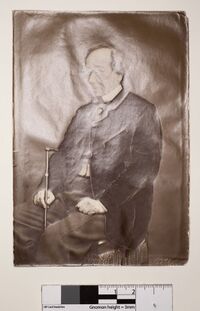 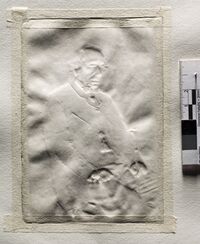 Color: Varies according with the pigment used. Any color could theoretically be used to pigment the gelatin, but most prints are black, dark chocolate brown, purple/reddish brown and appear tonally similar to albumen and other POPs.

Support: Mostly found mounted or tipped into books, magazines, or card mounts. Typically cropped flush with the edge of the image area and mounted on a smooth paper support. Can also be mounted to soda lime silicate glass supports for Woodburytype transparencies (lantern slides).

A photomechanical process patented by Walter Bentley Woodbury in 1864 and used extensively for high quality book illustrations between 1875 to 1900. Process based on the light sensitivity of dichromated gelatin which becomes hard and insoluble when exposed to light combined with intaglio printmaking.

A dichromate-sensitized sheet of gelatin is exposed to ultraviolet light through a photographic negative. The gelatin hardens to a depth proportional to the amount of exposure. The gelatin layer was then washed in a warm water bath, dissolving the unhardened gelatin, and producing a positive relief image. The gelatin relief was then used to create a lead intaglio printing mold. To create the final print, warm pigmented gelatin was poured into the lead mold and pressed against a smooth sheet of paper. The gelatin adheres firmly to the paper as it cools. Sometimes the surface of the print was coated with collodion or other organic varnishes to help protect the pigment layer and achieve a glossy or matte surface sheen.

Woodburytypes required a special press and ink and could not be printed simultaneously with text. Due to these technical limitations, it was eventually replaced by collotype and halftone photomechanical processes.

Retrieved from "https://www.conservation-wiki.com/w/index.php?title=Woodburytype&oldid=56077"
Categories:
This page was last edited on 6 April 2022, at 16:58.
Privacy policy
About Wiki
Disclaimers