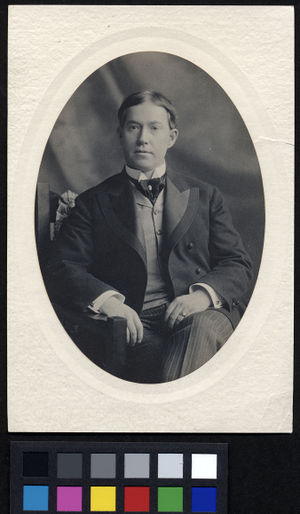 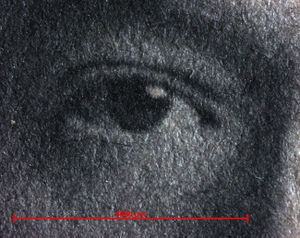 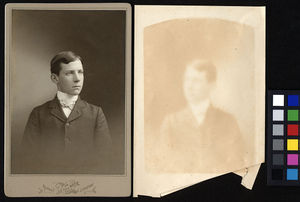 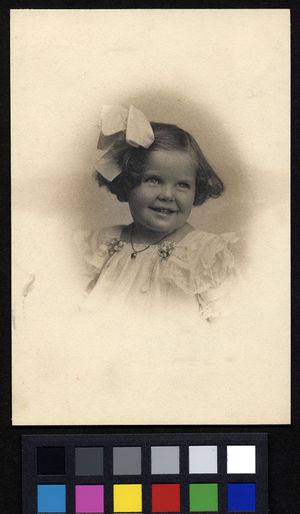 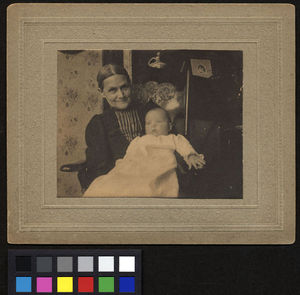 Image layer is imbedded within top fiber structure of the support.

Platinum produces a matte, deep, rich, yet warm, black print. Palladium also produces a matte, rich, deep, but warmer, yellower brown tone. Mixed, the color can be modulated to shades in between (mixture not commonly employed by historic practitioners). Mercury development can also lead to warmer tones. Both metals provide a wider scale of gray tones and less contrast than silver, revered for the nuances and subtleties in the prints. Use of gelatin as sizing, oxidizing chemicals, mercury development (sometimes called "toning"), or more acidic processing produces browner tones. PH, amount of relative humidity, and processing temperature can also modulate final image color. For example, the higher the pH, the lighter the print and conversely, the lower the pH, the darker the print. The color of platinum and palladium prints can also be altered through the addition of toning during processing. The perceived color of the print is also dependent on the color of the paper support.

Most often paper, sized with gelatin, arrowroot, and starch.

Image burn Sometimes, image material in a platinum print darkens the paper support and it may be visible from verso. Similarly, when a platinum print is stored in contact with paper for prolonged period of time, the image may discolor the facing paper and result in transfer of the image.

This process uses platinum and palladium salts in combination with ferric oxalate (an iron process). The sensitizer is made in a shot glass with ferric oxalate and just a few drops of platinum and/or palladium. First, the sensitizer is applied to the paper and dried. Then, the negative is placed emulsion-side down on the sensitized side of the paper in a contact-printing frame. The frame is exposed to light, creating a faintly visible latent image. Once the exposure is complete, the paper is placed in an oxalate developer and the image comes up instantly. The image contrast is achieved mostly by exposure, not the developer, although contrasting agents can be applied to the process. Development is followed by acid clearing baths followed by water washing of the print. Mercury toner (aka developer) is prepared by mixing mercury chloride with water. The toner may be added to the sensitizer prior to its application to paper, developing solution, or both. The process is inherently acidic.

Retrieved from "https://www.conservation-wiki.com/w/index.php?title=Platinum,_Palladium&oldid=47922"
Categories:
This page was last edited on 31 August 2020, at 19:00.
Privacy policy
About Wiki
Disclaimers