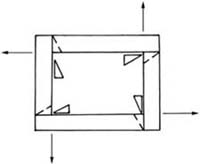 Continue to next section: Addendum


Retrieved from "https://www.conservation-wiki.com/w/index.php?title=Stretchers_and_Strainers:_Glossary&oldid=54216"
Categories:
This page was last edited on 23 June 2021, at 16:24.
Privacy policy
About Wiki
Disclaimers